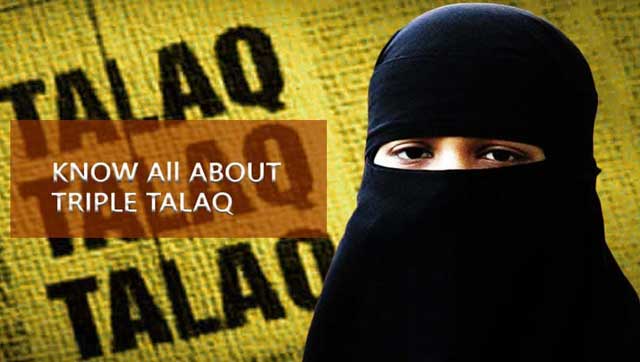 Islam is one of the prominent religions across the world. It is known to have its own different culture, rules, and traditions which are determined by the Holy Quran-Sharif. Even the Muslim marriages and divorce laws are specified in Quran-Sharif which must be followed by every Muslim during the critical events of life. Even Muslim culture includes customs like polygamy and Triple Talaq. The most criticized Muslim tradition is Triple Talaq, as it allows the men to release the bond of Marriage instantly without any prior notice to their wives. Talaq signifies the permanent dissolution of marriage and its literal meaning is “Setting free”.

There are two forms of divorce in Islam:

The Talaq-e-Biddat or triple Talaq in Islam:

“Biddat” means any innovation, and Muhammad (Prophet) spoke of biddat as follows:
Muhammad (Prophet) says in this respect: “He who innovates something that is not in agreement with our matter (religion), will have it rejected.” Even Allah says in the interpretation of the meaning of the Holy Quran that biddat in Islam is not permissible. [Holy Quran5:4(2) ]. For stating the importance of marriage in Islam and how a wife should be treated, Prophet Muhammad said which was narrated by A. Hurraira, “the best person amongst you is one who is best to his wife.” (Al Tirmidhi, 628)(3). In other Hadees narrated by Ibn-Musnad, Prophet Muhammad said, “There are three things which are essential for happiness: 1) A righteous wife 2) A spacious home 3) a sound means of transportation.(Musnad, 1:168). (4)The interpretation of these Hadees includes that a wife and marriage bond should be intact. Holy Quranic verses such as in Chapter 2,4 and 65 also gives importance to marriage. (5) Therefore, to dissolve the marriage, parties have to go through reconciliation and other means to keep it alive. If all this fails, only then can recourse be taken through a divorce.

The triple Talaq is the later formed divorce law, and this law doesn’t follow the Law of Sunnat (deeds of the prophet), while it is based upon Talaq-e-biddah which is not recognized by the prophet and all Muslims are strictly advised to forsake the form of Triple Talaq. The Triple Talaq states that a Muslim man can disown the marriage just by uttering the word “Talaq” in a row which mostly leads the women to a state of immense stress. The Talaq can be solemnized over message or phone call and this is unethical in every way. Eventually, the women of the community raised their voice against the topic of “triple Talaq” as the law of Sunnat (the prophet’s law) specifies to wait till the period of Iddat (waiting period) before breaching the marriage.

The Talaq-ul-biddat was enforced by the second Caliph Umar. The ruler formed the law to take away the hassle associated with divorce but In the matter of the fact, it is much needed to reconsider your marriage. It has a long tale which describes how the law of Triple Talaq was forced over Arab’s women by their husbands to marry the attractive female slaves.

This barbaric practice was often taken to limelight by Muslim women. Therefore, the Supreme Court passes the law against Triple Talaq as it is nowhere mentioned on the holy Quran and is just innovation in the spoke of the Muhammad (prophet).

After a massive outrage by few opposition parties and some hardcore Muslim organizations, the act was finally forced which states the criminalization of “Triple Talaq”.

The law against Triple Talaq was introduced under the Muslim Women (Protection of Rights on Marriage) in Lok Sabha by Mr. Ravi Shankar Prasad (the Minister of law and justice) on December 17, 2018.

The bill against Triple Talaq can put the husband behind the bars if he tries to practice Triple Talaq in any form; spoken, written, by SMS or email. The three years of jail to the man is the ultimate decision in the case of Triple Talaq.

This law was passed by SC due to the continued practice of Triple Talaq by Muslim community, even when the Supreme Court was striking it firmly. The government of India finally declared it a criminal offense, illegal or void.

The ordinance includes the below-given provisions:

The Muslim Women (Protection of Rights on Marriage) Ordinance, 2019:

The Triple Talaq was about to expire on 22 January 2019, the Ordinance, 2019 was re-promulgated and approved by a Ram Nath Kovind.

This law states the continuous practice of Bill introduced on December 17, 2018, which criminalized the act of Triple Talaq.

There are many unknown facts which every Muslim fellow must be aware of regarding Triple Talaq. If you are looking for guidance in the instant Talaq case or you are a victim of it, contact Delhi Divorce lawyer for legal consultation.